Giovi and Charles were informed of their daughter’s initial diagnosis of Agenesis of the Corpus Callosum (ACC) during their 34-week routine ultrasound in January 2016.

“I can vividly recall the sonographer saying, “your child is missing part of her brain” and I was ushered to another private room and suddenly everything became a blur. Thereafter, I had a number of invasive procedures which confirmed this initial diagnosis.”

The lead up to her birth was traumatic and confronting for the whole family. They were told she may not survive childbirth but Giovi knew that she had to fight for her daughter and give her the best chance at life. The initial moments, there was no sound. Giovi managed to ask “Is she breathing?” and then the crying started.  “It was then that I knew that she would fight through this.” 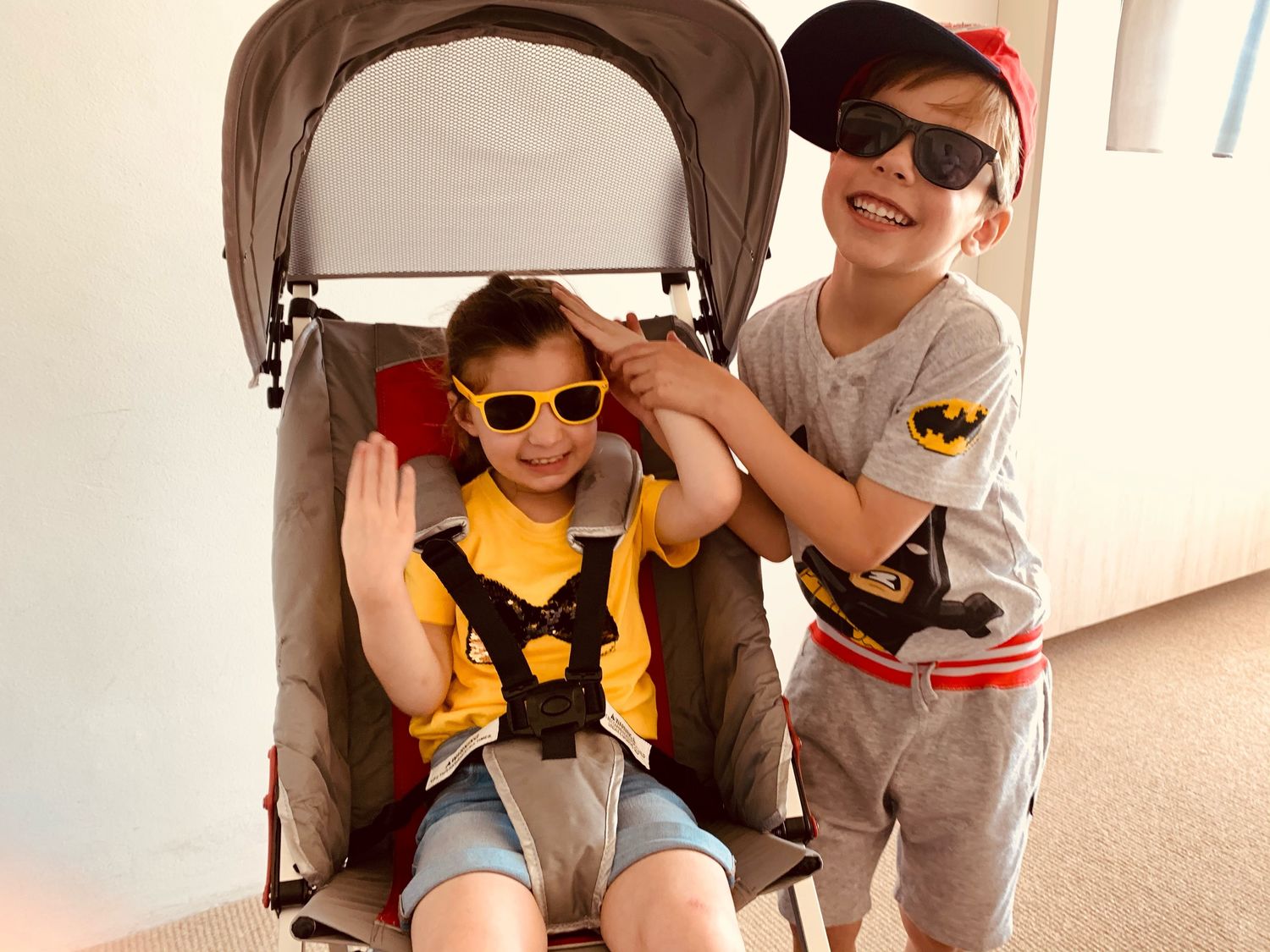 Shortly after her birth, life was filled with weekly medical appointments and tests. They were informed within the next few months that Angelina also had Microcephaly.

When Angelina was 3 years old, following extensive genetic testing, they were informed that she had a gene mutation called CASK and that there were only 50 other reported cases in the world. It is because of this CASK gene defect that Angelina’s brain abnormalities ACC and Microcephaly occurred.

The most recent research has concluded that CASK is degenerative which means Angelina may one day lose her functional abilities like walking and communicating.

Amongst all the medical appointments, they commenced early intervention therapy. This involved physiotherapy, occupational therapy, speech therapy, music therapy and Feldenkrais therapy. They also continued therapy at home and to ensure she continued with this daily, Angelina’s loving grandparents would also assist and each take turns in helping Angelina with her physio and OT.

Angelina’s strength and fierceness are something that her family is in awe of – watching her try so hard to achieve things that would normally come naturally just makes them feel so proud.

Angelina was participating in her first intensive therapy program when she took her first amazing steps. She was three and a half years old.

“This moment is something that I thought we would never see, so it was just amazing.”

Angelina is such a fierce and determined little girl. She is always smiling and laughing, and this is something that brings everyone around her so much joy.